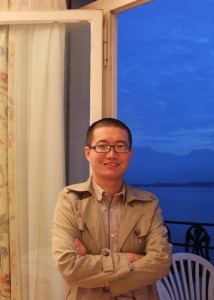 Dr. Li is now an associate professor in College of Information Science and Electronic Engineering, Zhejiang University (ZJU), Hangzhou, China, where he has been working since November 2016 (he was an assistant professor in Information Science and Electronic Engineering from November 2018 to December 2020 and a postdoctoral researcher in College of Computer Science and Technologies from November 2016 to October 2018.) He received his Ph.D from ZJU in June 2015 and his B.E. from Xidian University, Xi’an, China in June 2010. From August 2015 to September 2016, he was a research engineer with Wireless Communication Laboratory, Huawei Technologies Co. Ltd., Shanghai, China. He was a visiting scholar in  Department of Computer Science and Technology, Cambridge University, UK from February 2020 to August 2020, a visiting doctoral student in Supélec, Rennes, France from September 2013 to December 2013, and an intern researcher in China Mobile Research Institute, Beijing, China from May 2014 to August 2014.